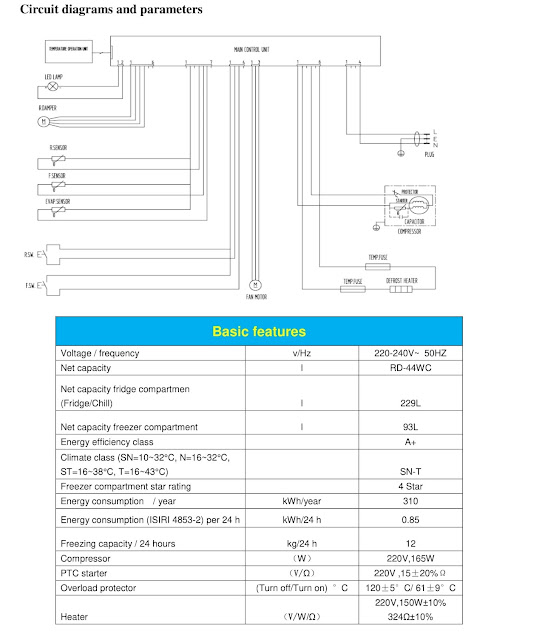 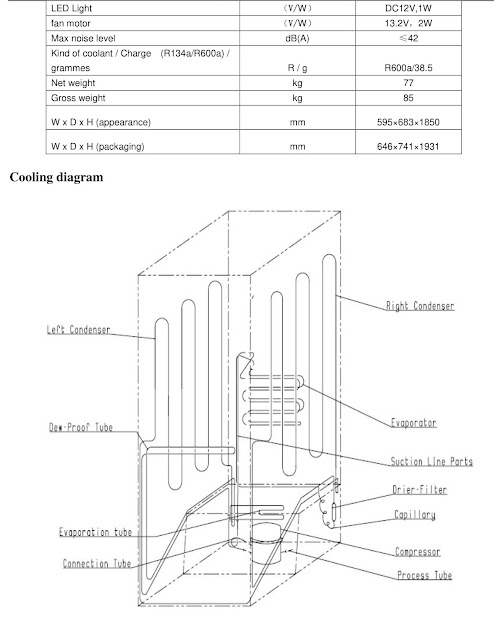 1.If there is a temperature sensor fault, fan fault or defrosting timeout fault, each time you open the refrigerator

door, the corresponding LED light flashing 30 seconds on the display board.

8. when frozen door open time more than 2 minutes and less than 12 minutes, the freezing temperature display

communications back to normal.

When the fault is eliminated, it turns to normal display.

Using a multimeter with the ohm switch to measure the resistor of sensor, normally at surrounding 25℃ the

would increase about 45ohm. If the measured value is not within the normal scope, the sensor is bad and needs

to repair or change.

within 10 minutes after connecting power, please Press the button "Fridge" and "Freezer" at the same time, when

the refrigerator door opens and the freezer door closes, for 10 seconds . In addition, with a long sound of buzzer,

it enters into the process of mandatory defrosting.

--After entering into the process of mandatory defrosting, it controls the operation according to the normal

operation of the automatic defrosting process.

--In the process of mandatory defrosting, the cold storage and the frozen temperature display area LED lamp

repeatedly lights up from left to right.

The setting of control panel 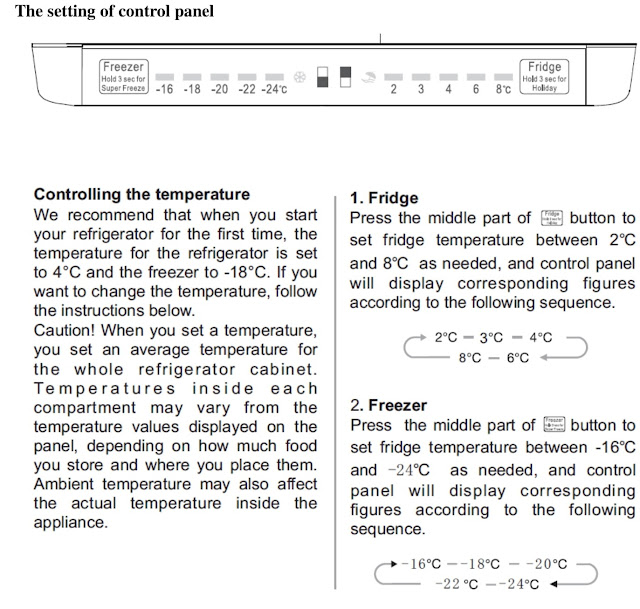 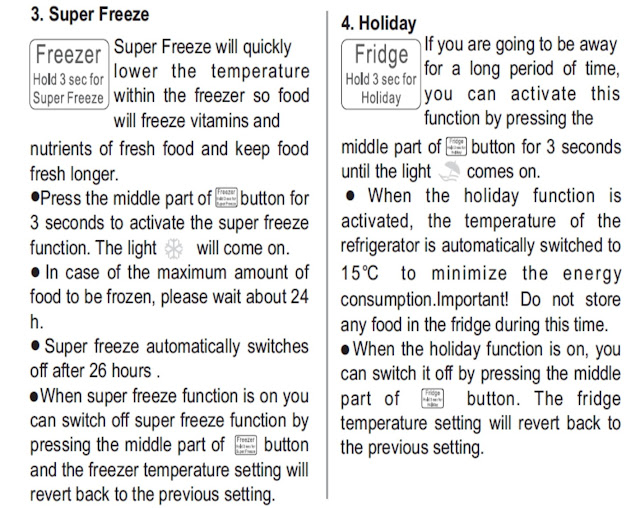 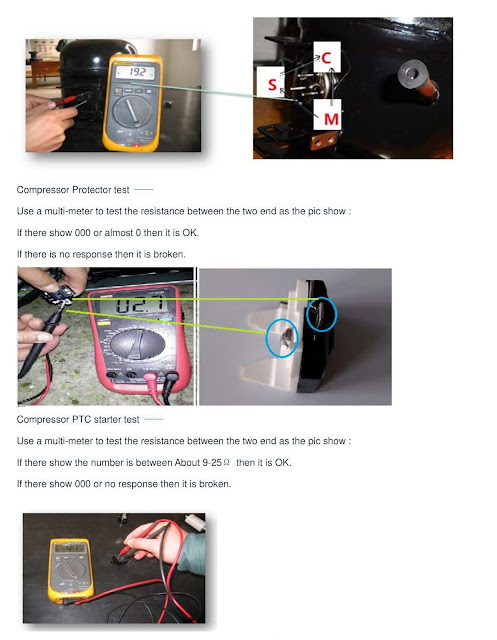 is a high temperature protector of defrost system, when defrosting, if it feel the temperature is more than 73℃, it will cut off the defrost heater, stopping defrost, so that it can protect the parts. The common problems are evaporator defrost incomplete: Checking method as following:
As picture 1，it is the defrost fuse.
As picture 2 , using the multimeter measure two foots of fuse, if the value of resistance is 0000, it means normal.
Checking the Heater If defrost system failure，checking the heater and the temperature fuse as well as wires. Measuring temperature fuse and heater resistance about 324Ω then it is OK.( Brown and Blue) 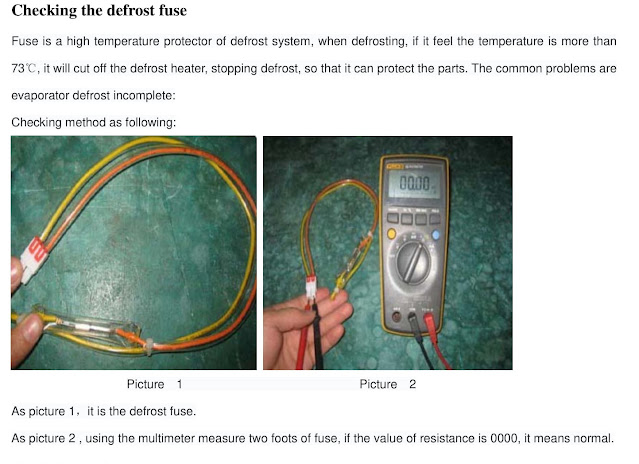 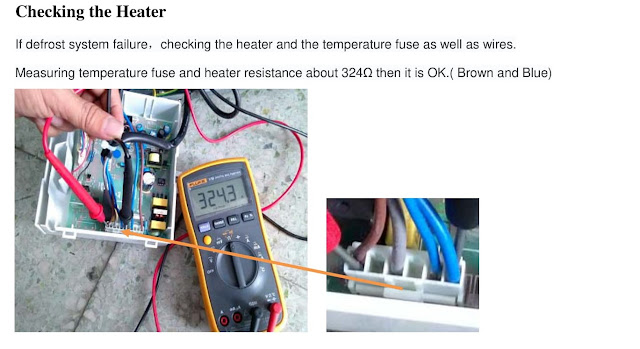 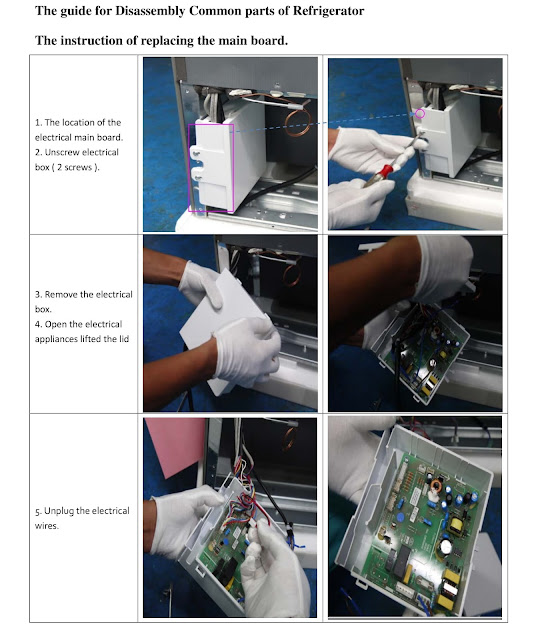 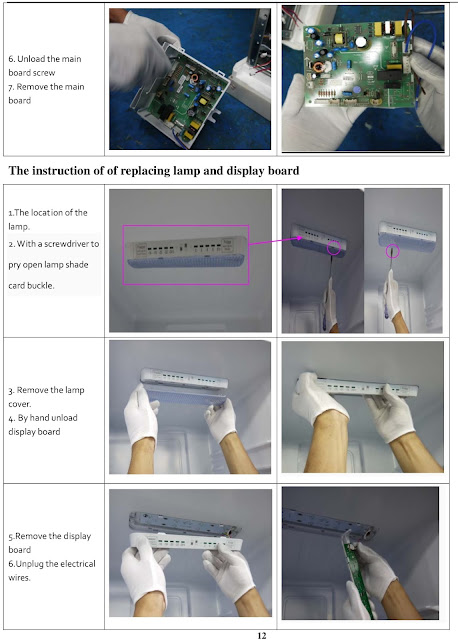 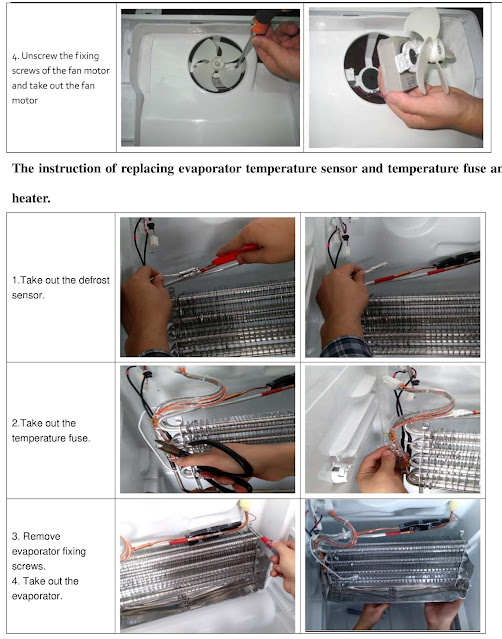 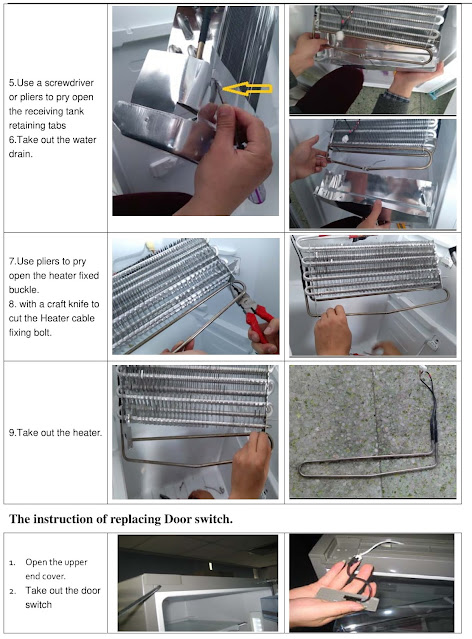 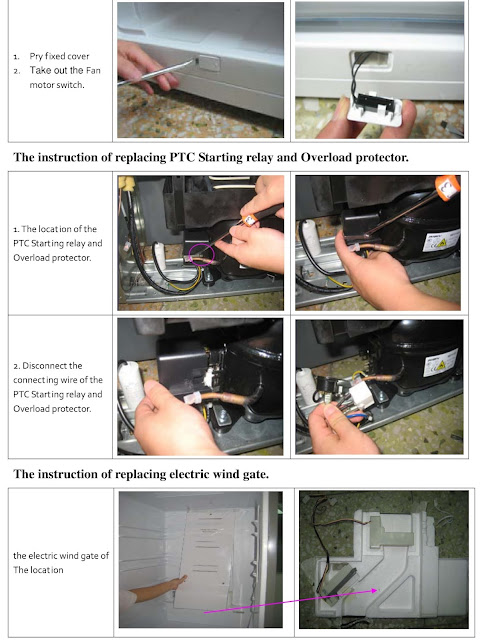